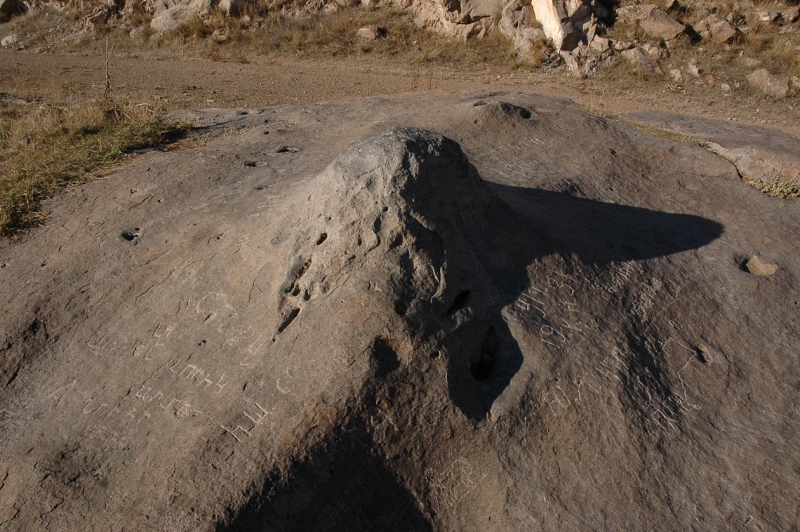 On the left-hand side of the Sisian-Goris Highway and on the north of Vaghatin village, at the foot of Mount Mets Ishkhanasar is the basalt boulder commonly known as Portakar (phallus). In its center the boulder has a conic convexity. Very interesting ceremonies were held here in the past, and a number of legends have been preserved up to date. According to one, this was a pilgrimage destination for barren women. These women would go there, hold ceremonies and lie on the conic convexity with their belly faced down, and turn around on the boulder for some time. After all the ceremonies were completed, they were healed both psychologically and physically.

Thanks to progressive science and technology, these diseases are healed with other means today; however there are women and girls who stay faithful to the traditions of their ancestors and do the Portakar (phallus) ceremonies, maintaining the belief that they heal and have their own miracles.