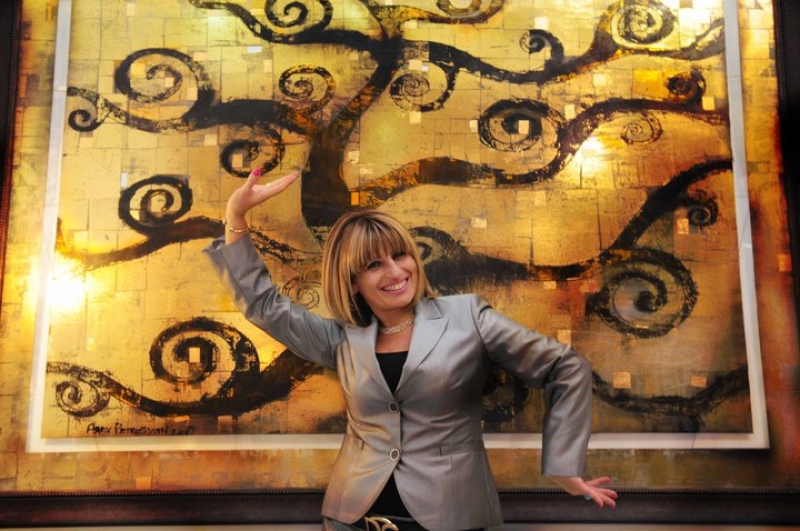 Arev (Arevik) Petrosyan was born in a family of artists in Yerevan, Armenia.

With her unique, bright, colorful and powerful creativity, she has occupied her own place in the world of art. Arev has taken part in numerous international and global biennales and expositions, including Beijing International Art Biennale, Art Monaco and Dubai Art Fair. She has participated in numerous exhibitions in Beirut, Moscow, Paris, Tokyo and in a number of cities in the USA.

In the same year, Arev’s Mother Armenia was included in Women in Art, a catalogue of masterpieces of great female artists from the Middle Ages to the modern era. In 2014, she presented a huge panel (12Мx2,5М) painting titled Inspiration of the Century to the Fresno Holy Trinity Church on the occasion of the 100th anniversary of the church.

Arev Petrosyan has participated in numerous charity exhibitions and events in order to help children and elderly in need.

In 2015, she opened Arev Art Gallery in the center of Yerevan. Along with Arev’s work, on display are her brother - Areg Petrosyan’s sculptures, as well as her late father Benik Petrosyan’s masterpieces also handmade exclusive jewelry by MONA.