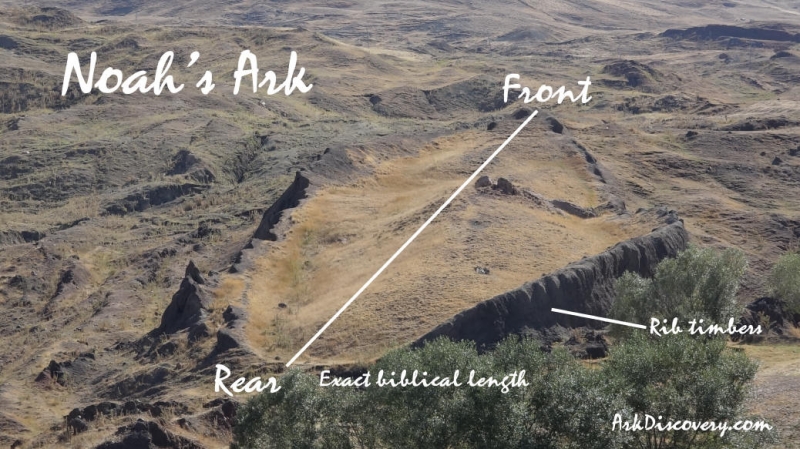 In Sept. 1960, 27 year old Ron Wyatt, along with thousands of other people, read an article in “Life” Magazine about a strange boat-shaped formation in the mountains of Ararat:

Boatlike form is seen near Ararat.

While routinely examining aerial photos of his country, a Turkish army captain suddenly gaped at the picture shown above. There, on a mountain 20 miles south of Mt. Ararat, the biblical landfall of Noah’s Ark, was a boat-shaped form about 500 feet long. The captain passed on the word. Soon an expedition including American scientists set out for the site.

At 7,000 feet, in the midst of crevasses and landslide debris, the explorers found a clear, grassy area shaped like a ship and rimmed with steep, packed-earth sides. Its dimensions are close to those given in Genesis: `The length of the ark shall be 300 cubits, the breadth of it 50 cubits, and the height of it 30 cubits,’ that is, 450x75x45 feet. A quick two-day survey revealed no sign that the object was man made. Yet a scientist in the group says nothing in nature could create such a symmetrical shape. A thorough excavation may be made another year to solve the mystery.”